I'm a Joanna Newsom fan, so on a road trip last month, I made my friends take a detour to a town she named a song after.

If you're driving from northern California (say, Nevada City) to Death Valley, you'll probably want to end up on the CA-136. It's a state route that goes from Lone Pine to the 190, which will take you into the park. The eighteen-mile shortcut doesn't pass much, and what it does is so small you might miss it in a dust storm: a few mining trucks, the unincorporated towns of Alico and Keeler, and Swansea.

Swansea looks to have a population of around six, though Wikipedia calls it a ghost town. One side of the road has the few lived-in looking houses and a "Welcome to Swansea" sign. The other side has a few abandoned shacks and a historical marker that must be among the least-read of its kin. Strange rocks dot the sand: lavender glass, hunks of ore, rusted hinges.

Joanna's song makes sense here. It's about man's inordinate ambition [1] ("And all we want to do/is chew, and chew, and chew"), and how little comes of it [2] (All these ghost towns). Swansea is a gold rush town that peaked around 1870. It was once on the shore of Owens Lake [3]. Though it's still called Owens Lake, the "lake" has been mostly dry since its source was diverted to Los Angeles in the 1920s. All the ambition of those who lived here is dust swirling in the lakebed.

[1] a theme she would revisit more deeply in Go Long

[3] Thus inspiring the Welsh to name the town after its coastal eponym.

The friends I was on the road trip with. You can get an idea of the terrain. 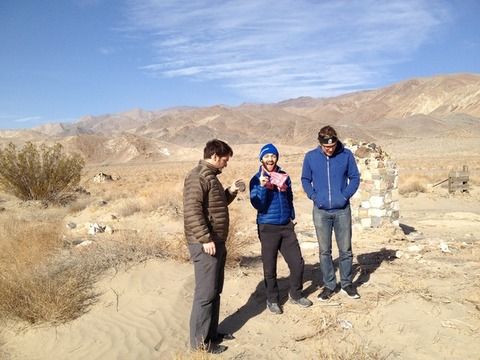 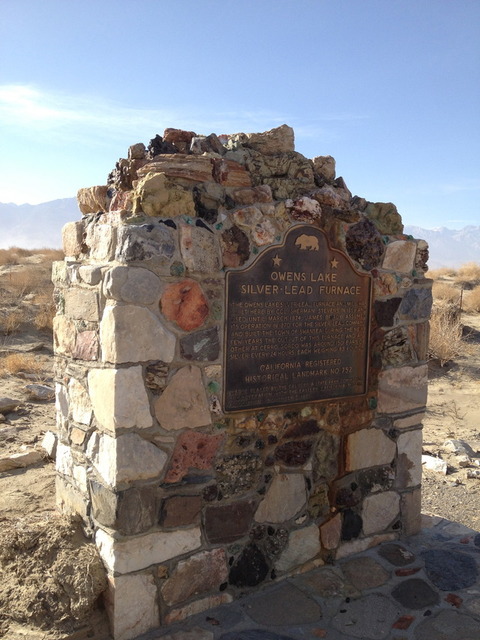 Transcript: "The Owens Lake Silver-lead furnace and mill were built here by Colonel Sherman Stevens in 1869 and used until March 1874. James Brady assumed their operation in 1870 for the Silver-Lead Company and built the town of Swansea. During the next few years the output of this furnace and one at Cerro Gordo was around 150 bars of silver, each weighing 83 pounds, every 24 hours." 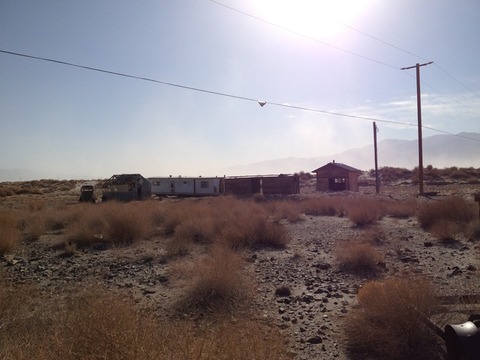